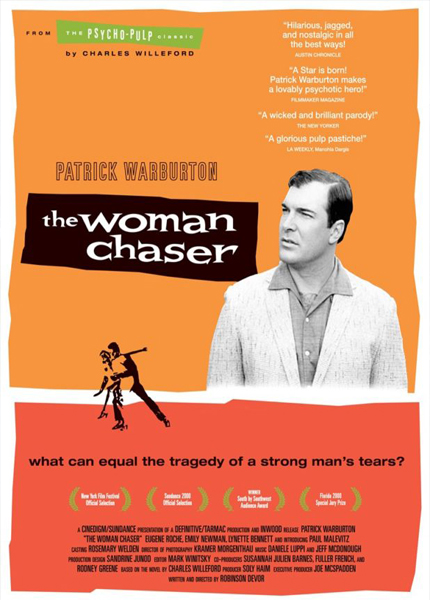 The Woman Chaser, starring Patrick Wharburton, premiered at the 1999 New York Film Festival and went on to play at top film festivals including Sundance and SXSW, winning several special jury and audience awards. A redux version of the film was released in 2015 with half the music replaced with a new original score by Jeff McDonough. An Al Jolson hit song “My Buddy”, written by Walter Donaldson & Gus Kahn, is sung by actor Ezra Buzzington in a lounge scene toward the end of the original version, but “My Buddy” could not be licensed. So McDonough commissioned RJ to co-write and perform an original song that could be synced to Buzzington’s lips singing in the scene. They wrote “My Bubby” and RJ’s voice replaces the Buzzington’s voice in the lounge scene of the 2015 version of The Woman Chaser.